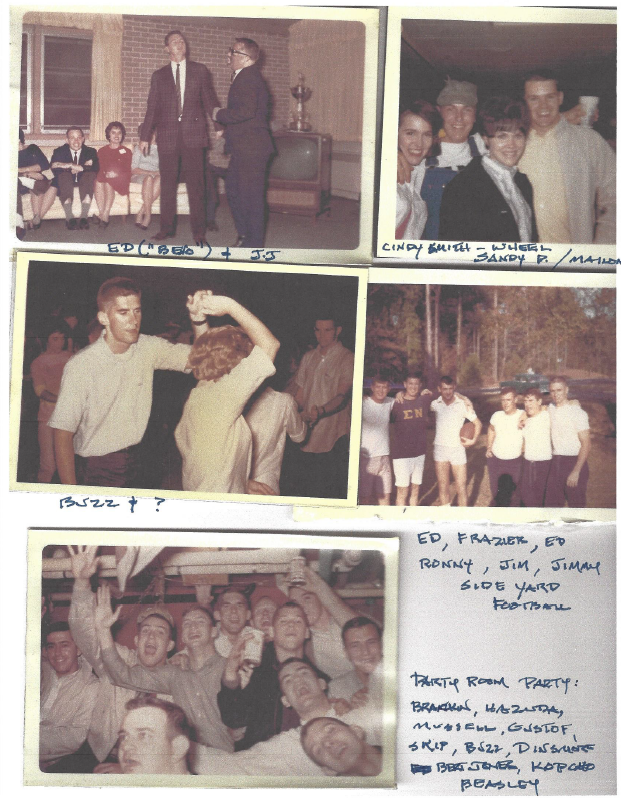 My time at Sigma Nu is being used in a different light today. I was a broken, angry and fatherless young man during my time as a Sigma Nu at Auburn. Most of my friendships were shallow because I would not allow my brothers past my false-self. I primarily turned to alcohol to heal my pain. It wasn’t until many years and mistakes later that I found peace and freedom. I regret the lost opportunities of deeper relationships with my fellow brothers. Currently, I am taking graduate classes to become an Army Chaplain and have had Men’s Ministry training over the last few years. Our soldiers and their families are having a tough time right now and if you know of anyone I can encourage please contact me.

Recently I attended the Alabama Leadership Initiative in Montgomery, a conference hosted by Leadership Alabama focusing on addressing current and future fiscal and education challenges for the state of Alabama. Participants numbered around 75 and were invited from all across the state of Alabama. It ended up being a reunion of sorts for me as I ran into several people I had not seen since school including friends and fellow fraternity brothers Townsend Kyser and William Holmes, pledge class of 1995, who I learned had turned out to be both successful businessmen and fathers in Greensboro, AL. Additionally, one of the presenters at the conference ended being Michael Lynch, pledge class of 1996 I believe, who is responsible for bringing a national education initiative to west Alabama focusing on improving the quality of education for the less privileged in that part of the state. It was a real pleasure to have the opportunity to get reacquainted with old friends but more importantly find them to be advocates and engaged in trying to make their communities and state a better place to live for all.

Joe (Beta Theta 2113),Katie, and Jacks Dyer are expecting an addition to the family in April. We found out yesterday a baby girl is on the way. Sounds like we are having a 90 year old woman with the name we picked, Cornelia Rose, but it is Katie’s grandmothers’s name and my mother’s name. We will call her Nealy. Can’t wait until tomorrow because we get better looking everyday!

Lieutenant Colonel William (Bill) L. Marks, II was selected for Battalion Command by the Department of the Army Central Selection Board on 14 December 2006. He is slated to assume Command of the 203rd Brigade Support Battalion, 3rd Heavy Brigade Combat Team, 3rd Infantry Division at Fort Benning, Georgia in the Summer of 2008. Bill has served in the Army for 17 years since graduating from the University of South Alabama’s ROTC program in 1990. Bill is married to the former Laurie Quick of Columbus, Georgia and has two boys William, III (6 years) and Jacob (3 years). He currently resides in Suffolk, Virginia where he is assigned as a Multinational Logistics Analyst for the United States Joint Forces Command J9-Joint Innovation and Experimentation Directorate.